Just recently I received an e mail from a lady asking for my ‘take’ on some e mails flying around the ether on dioxins, water bottles heating up and breast cancer. I have removed the names to protect the innocent but thought that many readers might like some clarification on it all, too.

We were at a dinner the other eve, and a highly regarded Breast surgeon was there. I mentioned the Email I had sent around and she said the same thing – that we would have to have a vast amount of dioxin present to cause a problem. She keeps her water in a plastic bottle, and it’s in the car with her.

(I am only the messenger. It’s all very confusing.)

I contacted Breakthrough for an official response to your email about plastic bottles in cars. As you can see, they state categorically that this claim is not true.

I hope this reassures you, and please feel free to forward it to those to whom you sent the original circular email in which this misleading claim was made.

Below is our standard response to Dioxin comments, please feel free to forward to anyone appropriate. I hope it clears things up;

Dioxins are mainly by-products of industrial processes, including the incineration of waste and metal production, but can also result from natural processes, such as volcanic eruptions and forest fires. The European Commission has adopted a strategy to reduce the presence of dioxins in the environment, animal feed and food. Dioxins are not typically found in plastics, so water drunk from plastic containers should not contain higher levels of dioxins than tap water.

Although high levels of dioxins can cause cancer (for example among industrial workers who are in close contact with large quantities of them), the general population is exposed to much lower levels of dioxins. It is not yet known whether the levels of dioxins that most people are exposed to will increase the risk of developing breast cancer. One small study has indicated that women with normal exposure levels do not have an increased risk of breast cancer, but more research will be needed to confirm this.

An email has been circulating recently that claims that drinking water from a plastic bottle left in a car will cause breast cancer. This claim is not true.

The American Cancer Society (ACS) has written an article to explain why the information in the e-mail is incorrect. They say that the emails seem to be based on information from a student’s college thesis that a particular compound in plastic bottles, called DEHA, can potentially cause cancer. The ACS go on to explain that there is no evidence that that DEHA is present in plastic bottles, or that it can cause cancer.

To clear all this up for readers let me give you some facts:

1 Dioxins are very dangerous chemicals. Correctly termed they are polychlorinated dibenzodioxins. Agent Orange was a dioxin. Wikipedia describes them as ‘significant pollutants’. The ‘safe’ level is zero. They are produced as by-products when making certain chemicals, herbicides and pesticides, or generally in industrial manufacture where chlorine is involved (for example, the bleaching process for paper), or when burning certain materials, like PVC.

I did a presentation on their dangers about 18 months ago. The best source of information without doubt is The Cancer Prevention Coalition in the USA.

They are typically consumed in fat as fat is generally a good solvent, but they can also be airborne and water borne. ‘Consumption’ of dioxins can be greatly reduced, according to US studies, by consuming no river fish, cows’ dairy, farmed animals and so on. These restrictions can cut 90 per cent of dioxin consumption. Horror stories occur with a lengthy list of leaks from chemical factories; and we have talked with a number of women with breast cancer who live near paper mills.

Some dioxins are proven carcinogens; some are endocrine disrupters. Dioxins can alter and break DNA molecules and chains. Quite simply, they are poisons. In 1994, the US Environmental Protection Agency reported that dioxins are probable carcinogens. However, they also noted that non-cancer effects, for example in reproduction, sexual development and the immune system, could pose an even greater threat to human health. It should also be noted that TCDD is officially classified as a Group 1 carcinogen by IARC (The International Agency for Research on Cancer in Lyon).

They are known to accumulate in fatty tissue and breast tissue is one of these areas. They cannot be easily metabolized or excreted – the half life ranges from 5 to 14 years! The issue is not how much, or little, is in a pint of milk, but how much builds up (accumulates in the body) over time.

The bad news is that they can easily be passed on to baby when breast feeding and there are several US Government research studies on this.

2 Xenoestrogens are chemicals that are hormone disrupters when in the body. Some come from certain ‘plasticisers’ used to make plastic cups, bottles, linings inside cans etc e.g. BPA and phthalates. BPA is banned now in Canada. They are known to reduce sperm counts and produce hermaphrodite fish. Many are oestrogen mimics and can bind to receptor sites on healthy cells and create havoc inside the cell. They can, just as estrogen can, drive breast, prostate, colon and other cancers.

If a hot liquid is used in the bottle or cup, several research studies have shown that the plasticizers can denature and leach even more oestrogen mimics into the liquid even on subsequent use. The US singer Sheryl Crow was vociferous in her belief that leaving her water bottle in the car parked in the sunshine every time she went to the gym, caused her breast cancer. (We have covered two research studies in Cancer Watch about this denaturing effect of heat on certain plastics).

One plasticiser that is a known oestrogen mimic is the phthalate DEHP found in PVC, and even in plastic bottles, dialysis bags and plastic tubing in hospitals. In 2011 Taiwan reported the presence of DEHP in food and beverages from plastic containers. Several research studies now link DEHP to sexual problems in men and even cardio problems.

One research study showed that in pregnant women with the highest levels of DEHP in their blood streams, 11 per cent of male offspring were born with some form of genital problem. This research study identified the DEHP as coming from perfumes. A number of xenoestrogens are found in perfumes and perfumed products – for example, toluene. Perfumes do not have to list the chemicals they contain. You should never use perfume or perfumed products on your skin.

DEHA , like DEHP, is found in film wraps like cling-film. In research DEHA can cause cancer in mice and rats. The South Africa Environmental Agency states clearly that research shows emission levels of DEHP and DEHA increase upon heating the plastics. The South African Government Health body therefore refutes the statement of safety of both Breakthrough Breast Cancer and the ACS.

There is an excellent article on the CANCERactive web site on Xenoestrogens (see http://www.canceractive.com/cancer-active-page-link.aspx?n=3148)

Most dioxins have little or nothing to do with Xenoestrogens – and vice versa. However, a very few dioxins have been identified as endocrine disrupters and do therefore function also as xenoestrogens.

Dioxins have nothing to do with water bottles.

Xenoestrogens have been shown by Dr Anna Soto of Tufts in the USA to be capable of causing breast and other cancers – and that they too are cumulative and thus, whilst a single one might fall inside Government safety levels, the overall effect is very different.

I hope this clears up the confusion. To imply that Dioxins do not cause cancer, or that xenoestrogens are not linked to breast cancer is tosh. 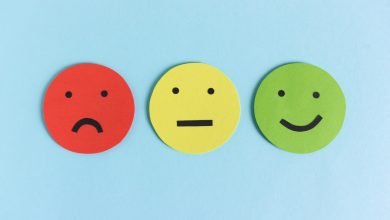