According to ‘experts’ at the charity Cancer Research UK, cancer death rates in the UK are set to fall by almost 17 per cent by 2030. And better diagnosis and treatment is the main reason (sic) for the change.  The figures were released in the run-up to Stand Up To Cancer, a fundraising partnership between Cancer Research UK and Channel 4.

This is all rather puzzling because in 2011, when claiming cancer death rates were falling in breast cancer and colon cancer, they predicted an increase in the number of cancer cases and deaths from cancer as the population ages over the next twenty or so years.

The ‘experts’ also claim that the improved outlook reflects the fact that fewer people are smoking. So is ‘prevention’ really the key? Or could it even be something else?

Professor Peter Sasieni, Cancer Research UK epidemiologist at Queen Mary, University of London, said: “Our latest estimations show that for many cancers, adjusting for age, death rates are set to fall dramatically in the coming decades. And what’s really encouraging is that the biggest cancer killers, lung, breast, bowel, and prostate, are part of this falling trend.

“Because old age is the biggest risk factor for cancer and more people are living longer, they have a greater chance of developing and, unfortunately, dying from the disease. But overall the proportion, or rate, of those who die from cancer is falling.”

Why this is puzzling is because the absolute numbers of cancer cases has doubled in the last thirty years and a team of oncologists working with MacMillan had predicted it would double again in the next twenty years. That would mean about 4 million people with cancer in Britain.

According to the 2011 census, the population for England and Wales has increased by 3.7 million from 2001; and (to quote) ‘buoyed by increased life expectancy, sustained immigration and robust fertility levels, the number of residents jumped 7.1% from 52.4 million in 2001 to 56.1 million in 2011’. If that continues, in twenty years time we will have about 65 million people in England and Wales in 2031. According to figures about 350,000 ‘older’ people are retiring abroad each year, while about 650,000 younger foreign people are coming into the country.

And it should be noted that Cancer Research ‘experts’ are not talking about total numbers of cases of cancer, nor total numbers of deaths. But the rate per 100,000 of population. So if the number of people increasing the population by 7 per cent due to ‘sustained immigration and robust fertility levels’ continues you might expect a decline in cancer death rates anyway. Especially if the average age falls across the population.

The other claim that is interesting is that the main reason is due to better diagnosis and treatment. Three years ago CRUK said it was all down to better diagnosis and treatment and I chided them at the time. They conveniently ignore the fact that over two thirds of cancer patients now build their own integrative treatment programmes, search the Internet for alternative treatments, visit complementary centres that are independent (like Maggie’s, The Haven and Penny Brohn) or part of the Hospital (like the Butterfly Centre and the Rainbow Centre). Some people even take themselves off abroad for life-extending treatments. Then there has been an explosion in coverage of what people can do to help themselves from the utterings of the Daily Mail to charities such as CANCERactive. Only recently the American Cancer Society stated that there had been an ‘explosion’ in complementary research since 2006 and that there was ‘overwhelming evidence that complementary therapies like diet, weight control and exercise could increase survival and stop a cancer returning.

It seems that Cancer Research UK think your personal efforts count for little.

Better diagnosis? It is definitely coming with a possible avalanche of private companies and blood tests, but up to now …  mammograms and PSA tests? The Nordic Cochrane has said that mammograms do ‘more harm than good’, with up to 30 per cent being misdiagnosed (of course you are ‘cured’ if misdiagnosed). The American Preventative services Task Force said much the same about the PSA test.

Better treatments? Well if you read the recent articles on the new breed of biologics, or ‘designer drugs’, such as the article we printed by Professor Karol Sikora, you’d be more than a little underwhelmed. There are alternatives coming – like localised hyperthermia (Ablation, HIFU) but the ‘old school’ is none too happy about the possibility of becoming redundant. And anyway it can’t work on blood and lymph cancers.

And this is another little area that needs attention. Blood and lymph cancers account for about 80,000 cases in the UK currently; twice the number of breast cancers diagnosed. But they are divided into about ten different types – there are four different lymphomas. Yet no one divides breast cancer by ductal or lobular in the overall numbers. It’s also an inconvenient truth that at current growth rates lymphoma could become the number one cancer in the next twenty years.

Old age the biggest risk factor and an ageing population? Recent research shows that the historical 80 per cent of cancers in the over-65 age group is less and less the case. 40 per cent of breast cancers are now developed by women below 60 years of age. Prostate cancer has multiplied six-fold in the forty-something age group; oesophageal cancer has boomed amongst forty-somethings; some child cancers have tripled.

And I just loved the bit about ‘age-corrected statistics’. I really must have my age corrected one day.

If smoking reduction is such a big factor, how come cancer cases are set to double in absolute terms despite a fall in smokers? If prevention is so important why aren’t we doing more about the 50 per cent of cancers that aren’t your fault? Look up most blood or lymph cancers on American web sites. They will tell you about the links to pesticides, toxic ingredients in everyday toiletries and household products, heavy metals, environmental toxins beyond asbestos.

Perhaps the European REACH project, if 1000 toxic ingredients really are cut from personal care, toiletry and household products in the next 15 years, will see a great reduction in cancer levels.

Stand up to Cancer fund raising? Of course if you can convince people that you really are succeeding in beating cancer by doing what you are doing, they may well give you more funds.

Cancer Research UK is a great charity and I am sure it does its level best to help people. It is sad that, if the numbers of people with cancer are going to double in the UK to four million, anybody tries to claim that somehow we are beating cancer because of better diagnosis and drugs, however the numbers are massaged.

I am at this point reminded of MD Anderson’s quote that ‘All the exciting new developments in cancer are coming in areas other than chemotherapy’. I think I will file the press release and bring it out again in 1930 to see what really did happen. Somehow I fear the current strategy will just see more cases of cancer and more deaths whatever spin is put on it. And I haven’t even talked about whether the country can afford it or not! 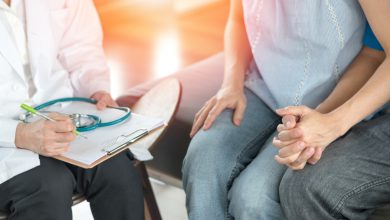