Yet another study casts doubts, this time, on ‘landmark’ cancer drug clinical trials

The recent study from researchers C. Glenn Begley and Lee Ellis is the third study in as many years to question the validity of some drug clinical trials. These researchers found that a mere 11 percent of 53 papers on cancer published in reputable, peer-reviewed journals was solid, while the other 89 percent could not be reproduced, implying that it may be false or at the very least misleading.

“The scientific community assumes that the claims in a preclinical study can be taken at face value – that although there might be some errors in detail, the main message of the paper can be relied on and the data will, for the most part, stand the test of time,” wrote the authors about their findings. “Unfortunately, this is not always the case.”

Worse, the 53 published papers on cancer were all considered to be ‘Landmark’ studies yet Begley and Ellis discovered that only six of them could be reproduced and confirmed in a clinical setting.

“[I]t looks like the scientific literature is contaminated with a growing number of tainted studies, which may reach 89 percent, the results of which are not reproducible by any means,” writes Eleni Roumeliotou for GreenMedInfo.com about the shocking findings. “This means that to an extent, we have based our healthcare and clinical guidelines on fake studies that reported untruthful results in order to accommodate the interests of industrial corporations.”

In a second study, this time by University of Michigan Dr. Reshma Jagsi, M.D,at least 17 per cent of research studies had serious conflicts of interest – they were not independent but following Pharmaceutical Company funding, research results were influenced in a pre-determined direction.

“Given the frequency we observed for conflicts of interest and the fact that conflicts were associated with study outcomes, I would suggest that merely disclosing conflicts is probably not enough,” said Dr Jagsi. “It’s becoming increasingly clear that we need to look more at how we can disentangle cancer research from industry ties.”

For the full story, go to 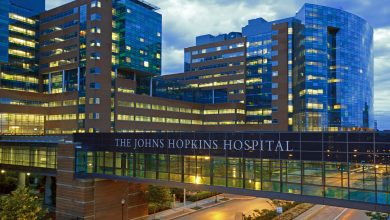