Global Warming is an issue far from settled – Part 2

The Mail on Sunday (Feb 5th 2017) ran the headline ‘How world leaders were duped into investing billions over manipulated global warming data’. The paper claims that the ‘world’s leading source of climate data (America’s National Oceanic and Atmospheric Administration(NOAA) rushed to publish a landmark paper that exaggerated global warming and was timed to influence the historic Paris agreement on climate change’. The NOAA report stated that there had been no pause in Global warming – as UN scientists claimed in 2013 – between 1998 and 2015 and that global temperatures had been rising faster than expected.

A ‘whistleblower, Dr. John Bates, a top NOAA scientist claims that the data was never subjected to the NOAA’s rigorous internal evaluation process which he himself had devised.

The ‘pause ’ in global warming being refuted led this ‘landmark paper ’ to be called the ‘Pausebuster’.

In our recent article about Global warming being a hoax, we argued these key points:

1. The many ‘expert scientists ’ had changed the dialogue in the late 1990s from Global Warming to Climate change, as there had been a glitch in the global warming data starting around 1998.

2. There is little doubt that we have Climate Change, but it was ever thus. We live on a piece of molten rock which hurtles, spinning, through space. How much of ‘Climate change’ is man-made (fossil fuels, plastic bags etc.) and how much is ‘natural ’ (earth quakes, volcanic eruptions, El Nino etc.)? A number of people wrote to us, adding the effect of sunspots which have apparently been pronounced in the past decade or so and even ‘Chem trails’ where high altitude spraying is trying to change/control weather patterns.

3. There is a resurgence in the recent claims for global warming, but a number of expert measurements, (we mentioned two from space), disagree. We also mentioned that a former economics professor from Sonoma, Jamal Munshi, who specializes in statistics and who gains no financial benefits from the personal work he does, was puzzled because on analysis of the first thousand temperature measuring points around the world, he had found NASA’s data to be consistently too high. Several writers attempted to discredit him personally but that is just nastiness.

4. We received 5 ‘complaints ’ and 8 ‘agreements ’. The complaints almost always used the ‘fact’ that 97% of the World’s experts agreed on global warming and that fossil fuels were totally the cause. When asked, Professor Munshi himself provided the data FOR the fossil fuel cause; Click here and why it was WRONG; Click here

Others pointed out to us, the existence of the UN paper. Published by UN expert climate change scientists, it claimed that the growth in global warming had slowed greatly after 1998, yet CO2 levels had continued their upward trend, thus questioning the supposed link.

We note that the Mail on Sunday claims that:

1. NOAA’s 2015 ‘Pausebuster ’ paper was based on two new sets of data – one measuring land temperatures and the other, sea temperatures.

2. Both were flawed and the NOAA is currently replacing the sea temperature data. Revised data will show lower temperatures and a slower rate of warming. (The inaccurate data presented to World leaders had been collected from ships, which are known to give higher readings than isolated buoys, which will now provide the data).

3. The Land temperature data was collated with ‘unstable’ software and has never been officially verified.

4. The actual NOAA paper – underpinning Pausebuster – has still to be published. It is now agreed by the NOAA that the rushed presentation of it, contained flaws and inaccurate data.

Based on this rushed and inaccurate paper, the British Government – just one of many – has agreed to pay 320 billion pounds out of our economy by 2030.

Already we note that articles countering the above claims have appeared, most usually attempting also to discredit Dr. Bates, and the journalist, David Rose, and dubbing this ‘Fake News’. It is standard skeptic practice to discredit the messenger.

Skeptics are not sceptics. Sceptics are free thinking independent people who use data to question the status quo. Skeptics often have vested interests.

‘Fake News ’ was originally used to highlight the manipulation of the Mass Media by the Clinton campaign.

However, it is a now a term being used by mainstream media and institutions with any article voicing a different opinion to conventional wisdom. For example, an article claiming that chemotherapy drugs do not cure or are an expensive waste of money might be dubbed ‘Fake news ’, as would one which pointed out the dangers of vaccines. That the world spun around the sun would have been dubbed ‘Fake News’ in Galileo’s day. 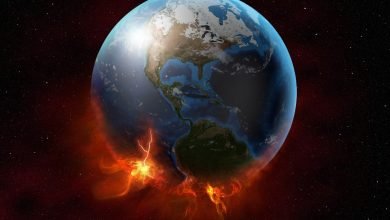