Going back 15 years or so, when Al Gore was winning plaudits for worrying the world about ‘Global Warming ’, (how the world was becoming hotter and the seas were rising), Professor Munshi was writing papers telling us that the opposite was actually true. The 15 or so years where the seas did rise and the world became warmer had actually ceased and, if anything, the longer-term down trend in temperature and sea height was back in action.

The socially-minded left continued their concerns about greenhouse gases none-the-less. They were causing climate change.

The fact is that we are all living on a piece of molten rock which spins as it hurtles through space. Climate change has occurred forever since we began our voyage.

We’ve had explanations for recent climate change which range from the earth has wobbled on its axis (apparently Inuit Elders think their world has shifted(2) – the sun comes up at a different angle to their forefathers days and this has caused climate change in their region(3)) and/or is the whole phenomenon caused by earthquakes(4)?

Surely some serious scientist could measure the validity of these claims, rather that the skeptic community squabbling over them?

But here’s the rub:

NASA itself is right behind the global warming thesis arguing that the earth has warmed for the past 4 decades and quoting a myriad of top Government scientific bodies who agree(5). But other experts are concerned that the figures are simply ‘fiddled’. Professor Karl Fredrich Ewart has analysed NASA’s own figures and concluded(6) that Nasa has ‘intentionally and systematically rigged the official Government figures on temperature’.

According to a review in the Daily Telegraph, the hottest year on record (2014) if measured by two different systems from space, was nothing of the sort(7). Indeed the new Global Warming Policy Foundation is so concerned about fiddled data that it has enlisted 5 top – and unbiased – experts to review the accuracy of all the data, something Professor Munshi has queried for years. “Every time you look at the latest figures, the official ones look more and more suspect”, he says.

Indeed Munshi goes further – he has questioned the whole validity of the United Nations (who play a significant role in ‘Climate Change’ along with Kyoto Summits and the like). His recent paper(8) states, “The United Nations is financed mostly by taxpayers from a few donor countries but the large and growing bureaucracy is too far removed from those taxpayers to be directly accountable to them. It is run by unelected, unaccountable, undisciplined, and incompetent bureaucrats. The organization’s size, budget, and scope are unconstrained. The budget funding process provides perverse incentives for these bureaucrats to increase the size and scope of their organization simply by creating multitudes of agencies and programs, and by inventing problems and environmental crises set on a global scale”.

Politicians and scientists inventing problems and thus programmes, taxes and jobs for the boys – whatever next?

We are always going to have climate change as long as our molten planet hurtles through space. Whether we need to be worried about our consumption of fossil fuels and CO2 emissions, if they are connected, is another issue. Frankly, it is also naïve to assume other factors like environmental pollution (not the product of us all but rather that of the poorly regulated big Chemical, Pharma, Fracking companies etc.) is not a potential factor. But not too many fingers are pointing in that direction. 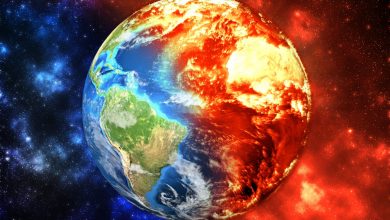