A lawsuit filed against the FDA by the ‘American Association of Surgeons and Physicians’ alleges that 130 million doses of HCQ were withheld unlawfully from the American Public.

Hydroxyquine, an anti-malaria drug, approved by the FDA as safe and effective more than 50 years ago, and also approved for Lupus and Rheumatoid arthritis has benefits against Covid, arguably even better that expensive new drug Remdesivir.

French researchers have conducted a number of studies and shown that it has strong and positive effects with Covid if taken early because it helps transport zinc into cells, and zinc can block the enzyme replicase. Obviously you would want to take the drug before infection or in the earliest stages when there are few cells invaded.

Go to: Hydroxychloroquine use with Covid-19

A quite dreadful study was then covered extensively in the American media claiming that Hydroxyquine made matters worse for Covid patients. This was a study involving ‘veterans’ CHOSEN – not randomly controlled into two identical groups – and where the drug was mainly used LATE in the Covid-19 infection, with no information on other ‘controls’.

Go to: The Veterans study – a truly dreadful piece of research

Unfortunately, it seems that politics is getting in the way of Americans’ health. While Trump claims to take the drug for Covid prevention and stated frequently that it ‘seemed worth a try’, powerful anti-Trump forces including the Democrat-aligned media wanted to rubbish both the drug and Trump.

First, the FDA cautioned against the use of HCQ for Covid, then they authorised its emergency use. But the moment of ‘emergency’ is most usually too late in the replication cycle of the virus in a host. It’s basic biochemistry.

Not surprisingly the American Association of Surgeons and Physicians (AASP), who were at the sharp end during this epidemic, are unhappy – in fact, they have now filed an injunction or lawsuit (a complaint) against the FDA, the Department of Health and Human Services (HHS) and the lead officers of those agencies (1). The complaint alleges ‘irrational interference’ and argues that patients did not have ‘timely access’ to the drug.

The most concerning aspect of the situation is that Novartis donated 130 million doses of HCQ back in March 2020. The drug was available for use!

The Lawsuit also makes reference to ‘interference in the American Political Process’. 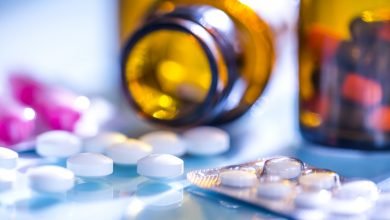