Yet again destructive skeptic trolls are trying to silence free comment that could benefit the health of people in Britain, this time by fabricating stories and whipping up media comment around erroneous claims. The hand of the Pharmaceutical Industry seems all too evident. This just shows the dreadful depths the dark side will go to to keep mainstream medical mythology from genuine sceptical challenge.

Many rational people often feel that Pharmaceutical Ccompanies pay skeptics to be their shills. But, of course, there is little evidence. However, they are known to fund certain skeptic organisations. For example, Sense about Science, a well funded anti-homeopathy skeptic organization in the United Kingdom, once complained about a consumer’s group H:MC21’s, assertion that SAS was funded by the pharmaceutical industry. The consumer group wrote in response to the complaint.

The Canadian skeptic organization called Centre for Inquiry, which is another anti-homeopathy skeptic group, is almost entirely funded by a director of a pharmaceutical company. Both groups are attempting to stop consumers’ choice of alternative health modalities and stop the sale of homeopathic remedies.

The original Times article alleged that a group of ‘experts’, including ‘scientists, doctors and patients’ were ‘condemning’ shops for carrying our magazine,

The article also said that we’d claimed that vitamin C ‘cures’ HIV, that homeopathy could treat cancer, that we’d implied the cervical cancer vaccines has killed ‘hundreds’ of girls and that we’d told parents in our latest (October 2013) issues not to immunize their children with the MMR.

In all of the furore, not one of the newspapers, radio shows or television stations bothered to contact us, even to solicit a comment – which is Journalism 101 when you intend to run a story on someone, pro or con.

It’s also apparent from the information published in The Times and in all the media following that not one journalist or broadcaster has read one single word we’ve written, particularly on the homeopathy story, and for very good reason: the article and the magazine containing it in fact have not yet been published.

We had written: “US internist Robert Cathcart…devised an experiment with around 250 inpatients who tested positive for HIV. In a letter to the editor of The Lancet, he wrote that his regime of giving oral doses of vitamin C close to “bowel tolerance” had “slowed, stopped or sometimes reversed for several years” the depletion of an HIV patient’s CD4+ cells.

The Times says we tell parents not to immunize their children with the MMR.

We interviewed – and simply quoted – a medical doctor called Dr Jayne Donegan, who had carried out her own research into the MMR, and concluded that a child with a strong immune system shouldn’t have the vaccine. This was the considered view of Dr Donegan, not us. We were simply quoting her.

The Times says we said that we implied that the cervical cancer vaccine has killed ‘hundreds’ of girls’.

We had said that, up to 2011, the American Vaccine Adverse Event Reporting System had received notification of 68 deaths and 18,727 adverse reactions to the vaccine. The figure has now risen to 27,023 events.

The Times said we referred to a study in India in which girls had died following the vaccine but had not mentioned that one girl had drowned and one died from a snake bite.

We said that seven children died and 120 suffered debilitating side effects so bad that the trial was stopped following protests from parents, doctors, public health organizations and health networks. The Times also omitted to mention that, in 2010, an official Indian government report discovered huge lapses in the study’s design, which resulted in gross under-reporting of serious side effects.

The Times said that we ‘suggest homeopathy could cure cancer’.

In the ‘Coming Next Month’ column in our October issue we wrote the following (and this is all we wrote:

‘The US government has carried out impressive studies into homeopathy as a treatment for cancer, and a clinic is India is actually using it. We report on their findings about homeopathy as a cancer treatment.’

The Times story – and all the stories that follow – are entirely the work of Simon Singh, and his organization Sense About Science, a protracted skirmish that’s been going on for about a year, ever since we went launched our magazine in September 2013. Singh, you may know, is the self-proclaimed guardian of all things ‘scientific’ with the pharmaceutically backed organization he fronts, ‘Sense About Science’.

Singh contacted our distributor, and then all our outlets (like Smiths and the supermarkets) and tried to persuade them to stop carrying us (they refused). He then relentlessly pestered the Advertising Standards Association with complaints about our advertisers, to try to prevent them from advertising.

Singh is also associated with the Nightingale Collaboration, a ragtag group who meet in a pub of the same name, also allegedly wedded to ‘true’ science. After our launch, dozens of anonymous trolls began writing hateful and fairly libellous stuff on our Facebook pages.

Last autumn the Guardian ran an online story claiming that our distributor was threatening to ‘sue’ Singh (they are not and never have threatened, nor have we). We also got ‘interviewed’ by a Glaswegian doctor named Margaret McCartney, also associated with Singh, who writes for the BMJ.

Recently, a doctor called Dr. Matthew Lam began contacting supermarkets, and informing them that he was calling for complaints to be made to customer service teams at all the supermarkets who carry us. He said he was spearheading this campaign with Singh, McCartney and Alan Henness of the Nightingale Collaboration.

Please allow me to join the dots. Sense About Science publishes online as its sponsors the British Pharmaceutical Association, the official trade body for the UK’s drug companies. Another one of its sponsors is The Guardian.

The next interesting aspect of this episode is the sheer hypocrisy of News International, which published the original story about us. That company, which owns The Times, is owned by the Murdoch organization. The Murdoch organization also owns HarperCollins. HarperCollins published three of my books, including a book entitled What Doctors Don’t Tell You, a culmination of many years of research for WDDTY the newsletter.

Harper liked the book so much they published it twice, first in 1996 after paying a team of lawyers at Carter-Ruck, the UK’s top libel firm, to spend hundreds of hours of legal time carefully sifting through all of the scientific evidence supporting statements I made in the book to ensure the material was rock solid. It was only published after they were satisfied that every last statement was correct.

WDDTY was a bestseller for Harper – so much so that they asked me to update it and published the new version in 2006. It’s also been an international bestseller, currently in some 20 languages around the world.

At one point, I was also a columnist for the Times and ran a story highly critical of the MMR vaccine.

Besides being a demonstration of how shoddy journalism has become, what interests me about this episode is that it offers evidence of the enormous shift that has occurred in the press’s notion of its role in society. The Times seems to be suggesting that their role is to ‘protect’ the public by censoring information that departs from standard medical line.

Determining what is fit for public consumption, or indeed how its readers should treat their illnesses, is emphatically not a newspaper’s job – ours or anyone else’s.

Our job as journalists is simply to inform – to report the facts, even when they are inconvenient truths, as they are so often in medicine, particularly with such things as vaccines or alternative cancer therapy.

For despite all the grandstanding and pink ribbons and prettily turned phrases, the fact remains that the whole of modern medicine’s arsenal against cancer is both blatantly unscientific and ineffective. When not manipulated, the bald statistics reveal that chemo only works 2 per cent of the time .The War on Cancer from the orthodox perspective is decisively being lost.

Nevertheless, hundreds of thousands of people are being cured by other methods of cancer treatment. Millions of others who have cancer or whose loved ones have cancer want to know ways to treat cancer that are less dangerous and more effective.

That qualifies as news, and it’s our duty as the press to report that. It’s my job to deliver well researched information, and that’s supposed to be the Times’ job too.

Several months ago, I met Patricia Ellsberg, the wife of Daniel Ellsberg. Back when I was a student, deciding whether or not to be a journalist, Ellsberg, an employee of the CIA, came across hundreds of pages of documents revealing America’s shameful role in the Vietnam war.

Ellsberg felt this was news and it was his duty to leak these papers to the New York Times. The Times felt it was their duty to publish these revelations, these inconvenient truths. Then President Nixon attempted to censor these leaks by attempting a legal embargo on The Times – a blatant attempt at government censorship.

The Ellsbergs (faced with life imprisonment – was anybody ever so brave?) turned on a photocopy machine, made multiple copies and leaked the documents to the Washington Post.

And when Nixon went after the Post, the Ellsbergs smuggled the papers to 17 other newspapers. Not one paper blinked. Not one paper decided this information wasn’t fit to print – or that the public needed to be ‘protected’ from a lying presidency.

But these days, the press – far less ‘free,’ now largely owned by huge corporations, including in the pharmaceutical industry (Murdoch’s son was on the board of one such drug company) – has now become the party with powerful vested interests to protect. Today the press is the Richard Nixon of the piece.

Back when the NY Times was publishing The Pentagon Papers and the Washington Post published the Watergate disclosures, newspapers wouldn’t be caught dead being associated with some industry backed body, especially one with the track record of carnage enjoyed by Big Pharma, as the Guardian now is.

But today newspapers are haemorrhaging money, and so have to have industry backing and its consequent influence. The public, which wants the truth, knows this and rejects this industry public relations by boycotting newspapers. Presently, the Guardian is losing £100,000 a day, and the Times is losing £80,000 a day. People don’t believe newspapers anymore. They know they have to go elsewhere for their news. That’s why they come to publications like ours.

As Deep Throat once told Woodward and Bernstein, when they were investigating Watergate: If you want to find out the truth, just follow the money.

If you’d like to support WDDTY and a free press, and you haven’t yet voiced your support of the stores for stocking the title, let the following Customer Service departments know:

And with the weekend coming up, show your support by buying a copy. It’s available in Tesco, Sainsbury’s, WH Smiths, and over 8000 independent retail outlets. 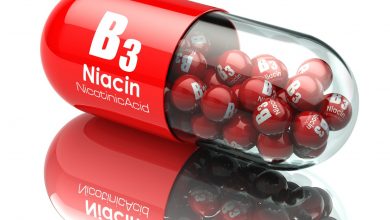 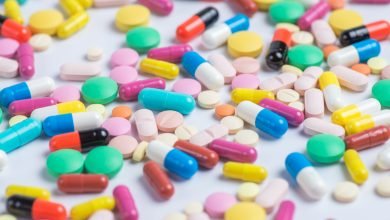