Apparently, patients are losing trust in doctors and scientists.

Dame Sally Davies, the UK’s Chief Medical Officer has decided to make the research behind medical treatments ‘much more transparent’ amid concerns that the public increasingly believe that doctors and medical scientists are “untrustworthy”. The reasons, she claimed, were that doctors over –medicate and prescribe medicines too freely, while scientists are distrusted because of Big Pharma funding.

A BBC ‘File on Four’ documentary on Alteplase, which breaks down blood clots seems to have prompted her action. According to The Times, stroke ‘expert’, Alistair Buchan has said that researchers should publish every figure behind their claims about whether or not a new drug is useful.

But, this move to transparency may not be quite what you or I really hope for. Buchan goes on to talk about negative comments in the media “putting stroke treatment back to where we started”.

Let’s get a few things straight. Peter C. Gotzsche, head of the prestigious Nordic Cochrane Centre has published a book entitled, “Deadly Medicines and Organised Crime: How Big Pharma has Corrupted Healthcare”. In February there was a report from the FDA stating that at least 40 per cent of clinical trials were flawed, and recently Dr. Richard Horton, Editor-in-chief of the top rated medical journal, The Lancet, stated that much of the published research data on drugs is unreliable and at least half is false. “The case against science is straightforward: much of the scientific literature, perhaps half, may simply be untrue. Afflicted by studies with small sample sizes, tiny effects, invalid exploratory analyses, and flagrant conflicts of interest, together with an obsession for pursuing fashionable trends of dubious importance, science has taken a turn towards darkness.”

Gotszche notes that prescription drugs are the third largest cause of death in the Western world after heart disease and cancer.

Patients are right to have concerns.

The smart public knows this – we know that Big Pharma has spent years bribing and falsifying. Fraud seems second nature to some companies. In the last couple of years Glaxo has been hit with massive fines from America to China.

The added problem is that the hierarchy in medicine has made the doctor complicit, whether he is an ‘expert’ oncologist or a local GP.

Doctors – it’s your own fault patients don’t trust you any more. ‘All it takes for evil to triumph is for good men to remain silent”.

Yes, we are concerned that you over-medicate. Polypharmacy (dishing out a cocktail of drugs to patients) is the number one cause of death in the state of Florida where the average age is higher than most other places. Thirteen drugs per patient is not uncommon. When did you ever see a clinical trial featuring thirteen drugs?!

But the bigger issue is the dismissive nature of many doctors. Offered statins by his doctor, a friend of mine asked about the side-effects. “There aren’t any” came the reply. “Well what about heart and muscle problems”. “They aren’t problems – we have tests for those”.

The doctor didn’t even consider talking about increased risks of diabetes.

I listen to patients offered Taxol and told there is nothing to worry about when they ask about side-effects. Yet German research presented at the European Breast Cancer Symposium a few years ago expressed real concerns on it causing cancer spread.

Meanwhile the same doctors tell patients not to take supplements, when there is no research on conflict. It’s not just that some doctors are corrupted by Big Pharma bribery. Their advice is a mess.

So, what is the answer? Unfortunately, Dame Sally is looking at ‘a proliferation of contradictory claims in the press and scientific journals’. There’s a possible next step.

Stop the media reporting that drugs might be dodgy. Then scientists and doctors will become trustworthy again. Brilliant! 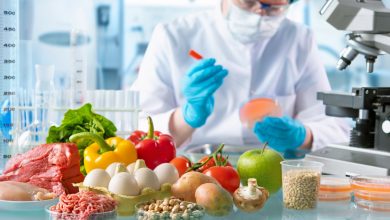 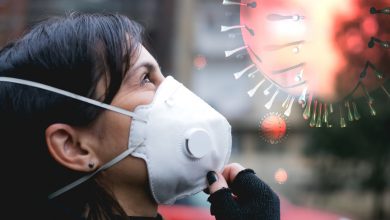