Does electing a particular President, or a Prime Minister really change anything? Apart from a few cosmetic alterations, does an Obama or a Cameron really change the lives of the population who democratically put him into office? (writes Chuck Cable)

The sad truth is, hardly at all. These elected leaders are little more than puppets. Welcome to Deep State.

But please don’t be fooled here – Deep State is not the inertia caused by non-changing departments and under-bureaucracy ever present in the descending tiers of Government or Civil Service.

Deep State is the control – increasingly, total control – of the state by vested interest. Only recently, President Putin of Russia talked of the resurgence of the ‘Illuminati’ and how he was determined to take them on. Do you think he is a complete crank? He is currently talking about revealing a report by Russian medical experts on the failings and corruption in the vaccine industry. He says Russia wants no part of the America vaccine corruption mechanism near it. He’s certainly right on that argument!

Deep state is the term given to the influence and control by certain parties over democratically elected government. Vested interest is all-powerful.

Everybody must surely be aware nowadays that it takes money to get elected. For example, ‘Big Sugar’ is run by the Fanuji brothers. One supports the Republicans, the other the Democrats. They’re not stupid. And Clinton in flagrante delicto with Monica L, apparently took just one phone call – that’s the power of Big Sugar.

Can you even get elected without a courtesy call to Mark Zuckerberg of Facebook? Or millions in donations from Big Pharma, Apple, Microsoft, Merck and the occasional oil baron? New pipeline across America? No, problem.

Is it any surprise that they expect something in return? Can you even go to war without money from the Big Banks (all under Jewish influence)? And now in California – they want child vaccinations under the control of the State, not the parent. Yes, I know there is a vote, and I know Oregon threw the law out, but the very fact that a bunch of non-elected bureaucrats think they are more competent to decide than the parent, says it all.

Did I say bureaucrats? In Europe elected MEPs passed a law (a resolution actually) to ban over 1000 chemicals of concern from everyday products you use in your home today. Result? A Euro Commissioner (un-elected) said the decision needed rethinking and appointed an unelected committee to look a it. Were lobbying and vested interests involved? Is the Pope Catholic?

In America the Committee at the CDC who approve vaccines, and key personnel at the FDA who approve drugs, seem almost interchangeable with people openly working for Big Pharma. How independent is that? And if a drug or a vaccine is approved in the USA today, how long before it is approved in the UK or Europe, without any real questions asked?

So here we are. A pound of flesh and the rest. Welcome to Deep State – the new Illuminati.

Drugs and vaccinations are given immunity from public claims for causing harm. American companies shift money around the world and avoid local taxes. Big food continues to serve up trans fat, sugar-rich junk; Wiki-leaks shows us the US Government was prepared to threaten and blackmail France if they stood up to GMO; Why, you can even attack Iraq illegally alongside George Bush and when you retire land a plum job in charge of Palestinian Peace, earning a fortune for failure their too.

As always, innocent people are suckered in. For example, every Skeptic arguing against ‘alternative therapies’ is just a Deep State troll in conflict with the fundamental Orwellian prophecies in the book they read and quoted at University. Just when they thought they were standing up for ‘liberty, freedom of speech and true democracy’ – even true science – it turns out they are just Darth Vader clones, making ever more money for the Mr Bigs, and dumping their children in ever deeper shit.

How ironic that Apple’s launch advertising back in the eighties was “1984 will not be like 1984’. 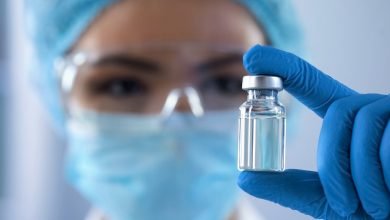 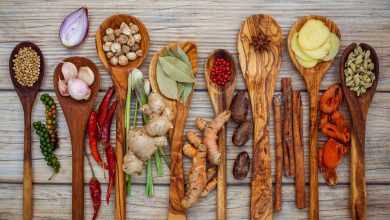