It would seem that ‘trusted figures’ on Covid-19 vaccinations cannot be trusted, if you read the CDC data correctly – And if the Internment camps are coming,  it’s PhDs and Blacks that will be locked up first.

Let us today look at who is not getting vaccinated.

According to CDC (US Government) figures,

% of the unvaccinated by education

At this point you’d be forgiven for thinking that the less educated people are more likely to be unvaccinated (Some- or None-college 39.1%). But we have missed out a figure.

So, as in most Dictatorships or Communist countries  – The American Government needs to round up the most dangerous people first – the really bright ones. The ones who have probably looked at the science and gone …”Nah; not for me”.

But then we come to the figures that really matter in a country torn by politics and colour at the moment. People who have received one jab:

The commentary even suggests that there might be a Medical bias in favour of Whites being vaccinated. Certainly CNN were suggesting this last week?

This is terrible – poor blacks/African Americans and Hispanics, not be given their vaccines by doctors..

So it has little to do with colour at all.

Bottom line – These three ethnicity groups are all below their Population percentage, the Blacks especially so). The reason is the Asians that I left out because it was not a focus. Factor those in and Whites’ and Hispanic whites’ vaccination levels just reflect the population, but Blacks/African Americans are low.

The percentage of each ethnicity/race vaccinated across 40 states from CDC data:

Remember, these are CDC figures.

Next I searched Google. Top of the charts – approved by Google – is ‘KFF – filling the need for Trusted information’; their data is the same CDC data.

According to KFF – 72% of Adult Americans have received one jab as of August 18th.

I can’t find that anywhere in the CDC figures. Only the smallest group, the Asians, are above 50%.

Yet the CDC data shows that Whites are 56% of total vaccinated with one shot. So, the opposite is true.

Since KFF go on to publish the same raw CDC data we have presented above I checked whether I was reading the figures correctly –  and I am.

Conclusions from the CDC figures

From official CDC data – I would reason that the percentage of total adult population in America who have received at least a single shot is currently below 50% – probably around 48% if you weight it by population groups.

And the whites are approx. 50% vaccinated with Hispanics not far behind but Black and African Americans 10% to 20% behind.

So it’s PhD’s to the internment camps first folks, followed by Blacks.

And KFF are not ‘Filling the need for Trusted information’ and nor is Google by ranking it top of search. 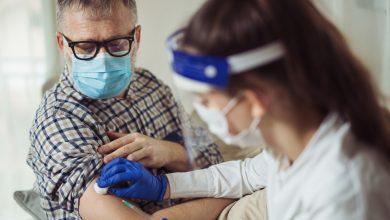 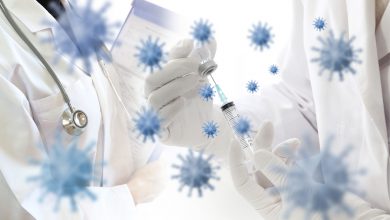