Junk Science Number 3:  Do you really think you developed skin cancer by getting too much sun?
Sunshine protects you from cancer!
At CANCERactive we have become tired of watching people in Britain get such poor advice from leading charities over what to do or not do in the sun.  It´s gone on for too long.  Despite (or could it possibly be, because of) their inaccurate information over the past 8 years suggesting you avoid the sun, cover up, slip, slap, slop or whatever, the rates of skin cancer and melanoma supposedly continued to rise.  The fact is it can´t just be sunshine causing skin cancer and melanoma!
Consider these research-based facts:
* Sunshine on your skin causes vitamin D to be produced from the cholesterol levels beneath.
* When part of your immune system (a T-cell) finds a rogue cell in your body, the first thing it looks for is a vitamin D molecule to ´activate´ it.
* A deficiency of vitamin D is linked to higher levels of many cancers, and also to other diseases from simple colds to osteoporosis. Vitamin D is a cancer preventer.
* There are several studies which show that over 90 per cent of people with melanoma are deficient in vitamin D. Not surprisingly they have weaker immune systems too.  The fact is they haven´t had ENOUGH sun!
* Research shows people who have regular exposure to sunshine get less skin cancer, not more!
* 2009 research from Leeds University showed that vitamin D could prevent skin cancer, and skin cancer patients with higher levels of vitamin D in their blood actually survive longer!
* Possibly the most damning research comes in the Journal of Dermatology in late 2011. Firstly, the researchers conclude that grade 2, 3 and 4 cases of melanoma are not on the increase. They state that the supposed rise in such cancers are because Doctors too readily call grade 1 lesions ´melanoma´ and start treating them when there is no need – ´an artefact´ is how they describe this. Then…
* The same research report concludes that half of genuine melanoma lesions are in places on the body ´where the sun don´t go´.
Skin cancer is not just ´due to too much sun´, and it really is time to junk the Sun Smart campaign as it was based on poor science that tried to convince us all that we were at fault by not taking enough care in the sun.
At CANCERactive we have been telling you that skin cancer and melanoma had other causes for 8 or more years!!!
Time to change the SunSmart Campaign
The Sun Smart campaign in various guises has been a worldwide campaign.  The recommendations made in it over previous years, like limiting your exposure to the sun and slapping on suncream, have been modified – but only recently in 2011.
Early in 2011, the British Newspaper, The Independendent, uncovered a draft memo stating that Cancer Research UK was about to change its stance on its Sunsmart campaign to focus on burning (in recognition that sunshine is actually the basis of good health). It was about time and the changes duly happened.
However, even their new stance is not far enough for us. Whilst scientists fully understand that radiation causes cancer and sunshine is a form of radiation, the evidence on vitamin D deficiency suggests too much sun is not the issue. So what really does cause skin cancer? Other factors must be at work – and there could well be some ´inconvenient truths´ that may lie behind skin cancer and melanoma!
Oestrogen and Oestrogen mimics
For example, a woman taking an oestrogen-based contraceptive pill was twice as likely to develop skin cancer as her identical twin not on the pill.  Oestrogen plays a role in skin cancer.
Then there is the issue of localised oestrogen.  Many lotions and potions used before and after the beach might be better dubbed toxic suncreams or sunscreens.  The Environmental Working Group in the USA believes only one in five to be truly safe. Why? Well for example, many contain oestrogen mimics – xenoestrogens – from the formula used or the plastic bottle.  Recent research has shown that certain plasticisers in plastic bottles are denatured in sunlight releasing more of the oestrogen mimics into the contained liquid. (Keep your suncream bottle out of the sun?)
Dangerous chemicals may be listed or not, and include phthalates, PABA, BPA and parabens. Perfumes in the creams may also include chemicals that mimic the action of oestrogen once in the body. Many sunscreens contain oxybenzone, known to be a hormone-disruptive chemical.
Let´s be clear here.  These creams are plastered all over the skin.   Some cancer charities even recommend that this is done every hour or so, and then again in the form of ´after sun´.
Remember, your skin is a carrier, not a barrier. You rub on these oestrogen mimics and toxic chemicals at your peril.
Or Toxic Chemicals?
Then there is an increasing body of evidence on retinol and retinyl palmitate, synthetic vitamin A substitutes, which are commonly used (supposedly) to protect the skin.  Whilst natural vitamin A may well have an anti-ageing effect, ironically, these synthetic chemicals are photcarcinogenic – they cause problems whilst being actually activated by sunlight!  The warnings are already clear in the research and a 2000 report from the FDA (covered in the US National Toxicology Programme) talked of sunscreens containing ´vitamin A´ causing tumours and lesions to spread 21 per cent faster than those creams without the ingredient!
Stay Safe in the Sun
As a result of all this research we have launched our own Safe Sun campaign called….. ´Practise SafeSun´. Some might call it the ´SunSmarter´ campaign. As always, it is based on the latest research and unencumbered by politics and vested interests.
Please forward it to all those family and friends you care about.
http://www.canceractive.com/cancer-active-page-link.aspx?n=165&Title=Melanoma skin cancer
http://www.canceractive.com/cancer-active-page-link.aspx?n=2988
Tags
Melanoma oxybenzone retinyl palmitate Safe Sun skin cancer
Facebook Twitter LinkedIn Tumblr Pinterest Reddit VKontakte Share via Email Print 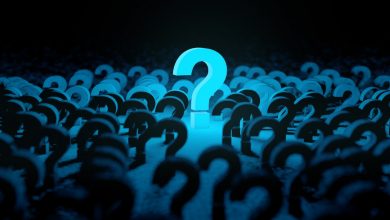